Ideally Suited
Elise Hernandez (B.A. ’91) graduated from the University of Minnesota with a bachelor’s degree in individualized study focused on business, psychology, and Spanish. So naturally she started a technology company. “It sounds like a funny combination, but basically I just studied what I was passionate about,” she says. “Not surprisingly, though, all of those came in handy when I became an entrepreneur.” 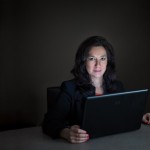 Hernandez says her liberal arts background has benefitted her as an entrepreneur. For example, psychology has helped her to understand personality types within her company and Spanish fluency is vital for expanding into new geographical areas. But she also feels that her education didn’t end with the degree ceremonies. “There’s so much to know when you’re growing a business, from legal issues and operational changes to technology topics like mobility, cloud computing, and IT outsourcing,” she says. “We’re excited to keep expanding our knowledge, and in turn, broaden the services we offer.”

Hernandez had to overcome obstacles in order to obtain a degree. She grew up with three siblings in a low-income, single-parent home where there was no money for college tuition. But she combined her love of innovation with her desire for education by working for a technology marketing company while attending the University. The job gave her exposure to sales, marketing, and management—three key areas that would help in starting her own business later.

Founding a woman-owned company in a heavily male-dominated field was challenging, Hernandez says, but she believes the skills it takes to succeed in technology transcend gender. “You have to be open to learning every day, and to reaching out to knowledgeable people,” she says. “You have to know how to surround yourself with a really strong, smart team.”

Most of all, she adds, technology-minded business owners have to be willing to keep moving forward every single day. She points out that even elementary school children operate smartphones and our culture is likely to become even more technology saturated in the years ahead. “There’s no such thing as being stagnant in this business,” she says. “But that’s my personality, to embrace constant change and movement, and to always be learning something new. I wouldn’t have it any other way.”
—Elizabeth Millard